A few years ago I migrated some German websites to a new server and took the opportunity to make them accessible via IPv6. Later I wondered how many people actually access these websites over IPv6 and started collecting some data. Now, 15 months later, it’s time to have a look at it: 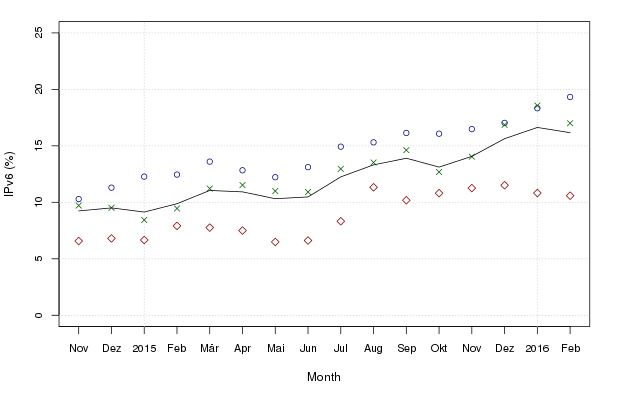 Blue, green and red points represent one specific website each. The three sites deal with very different topics and have different target audiences. The black line shows the average over all visitors which roughly follows the green site as this has by far the most visitors.

Some things that stand out are:

Google also publishes statistics about IPv6 accesses. For them the global rate increased from 5.5% to 9.5% in the same time frame which corresponds to a rise of about 70% and is therefore pretty consistent to the data presented here. Per country only the current rate is available. For Germany this is with 21.6% particularly high and even slightly higher than for the blue site shown here.

Followup:
Following is a more recent version of the graph which will be updated from time to time: 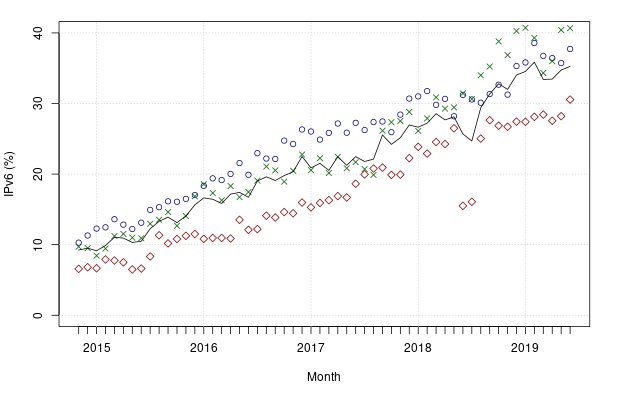